How do women artists depict women?

Pretty much all of the paintings we've looked at so far on this historical tour of paintings of women have been done by men.  It's been tough for women artists to get noticed, actually.  There's a very good article on Wikipedia which cronicles women artists' efforts through history.  Apparently there weren't many women artists over the centuries partially because they weren't allowed into the academies because of the nude male models.  Finally there were some women artists whose fathers or husbands were artists - perhaps they were allowed to work with their family members without scandal. There's a movie called Artemesia which is about one of the first well-known female painters - apparently it's too fictionalized for many people to like, but it gives some sense of her.  She was raped by one of her teachers then was put on trial for the rape - that's how women were treated in those days.  She was tortured to see if she would confess that her accusation was false.  Here's the picture she did a year after the trial in 1612:  It's called Judith Beheading Holofernes.  Powerful.  I can understand where her feelings might have come from which led her to do that painting!
Below are some pieces by other women artists from the last several centuries.  All of them are self-portraits.  At some time or another each was attributed to a man.
1630, Judith Leyster, Self Portrait
1715,Rosalba Carriera, Self portrait
Rosalba Carriera is one of the first and most famous pastel artists of the 18th century.  It was a relatively new medium at the time and not that many people used pastels, but she was reknown for her beautiful detailed portraits.  She was highly sought after as a portraitist in the courts of France and other countries.
1801, Marie-Denise Villers, Young Woman Drawing
Also a self-portrait.  Such luminosity!
In our century, there have been many famous women artists, and many of them have chosen to depict women.  Below are pictures by some of them:
1936, Dorothea Lange, Migrant Mother
Dorothea Lange was a famous photographer who worked during the Depression to take pictures which showed real life conditions for people.  Such compassion and empathy in this picture! 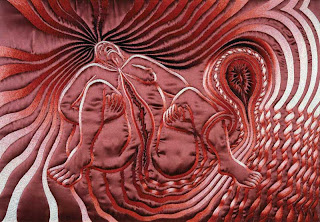 Judy Chicago Radical Cross Stitch
This was one of the first pieces of feminist art I ever saw.  I can't quite remember if it was before or after I gave birth, but I remember feeling the visceral searing pain of tearing in my vagina when I looked at it.  It still hurts to look at.
Judy Chicago, The Dinner Party, Georgia O'Keeffe
Elizabeth A. Sackler Center for Feminist Art, 4th Floor

The Dinner Party, an important icon of 1970s feminist art and a milestone in twentieth-century art, is presented as the centerpiece around which the Elizabeth A. Sackler Center for Feminist Art is organized. The Dinner Party comprises a massive ceremonial banquet, arranged on a triangular table with a total of thirty-nine place settings, each commemorating an important woman from history. The settings consist of embroidered runners, gold chalices and utensils, and china-painted porcelain plates with raised central motifs that are based on vulvar and butterfly forms and rendered in styles appropriate to the individual women being honored. The names of another 999 women are inscribed in gold on the white tile floor below the triangular table. This permanent installation is enhanced by rotating Herstory Gallery exhibitions relating to the 1,038 women honored at the table. 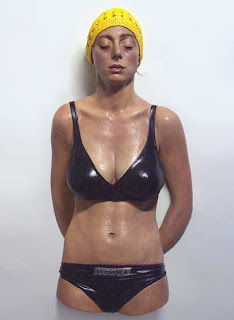 1990 Carole Feuerman
My favorite woman artist I know about these days is Jenny Saville.  She is young, born in Cambridge, England in 1970.  She paints gigantic canvases of huge women.  The way she depicts flesh is phenomenal.  Her surfaces are spectacular - so beautiful.  I saw one of them in person at the Philips Collection in their exhibit Paint Made Flesh.  It was so moving I could hardly stop looking at it. 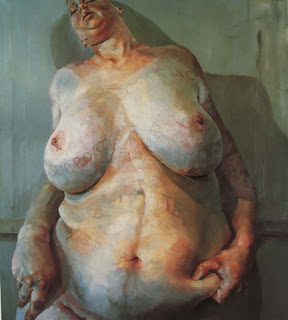 an ad next to an article about Jenny Saville and her paintings.  I found the juxtapositioning of the large women Saville paints and this almost anorexic model quite jarring.  And telling! 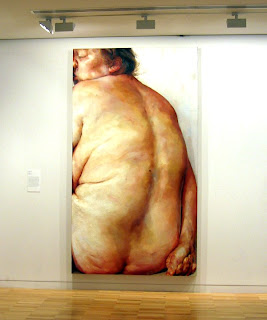 1999, Jenny Saville (this is the image that was next to the ad above.  I might have felt that way too had I been that woman in the painting.)
I don't find that the women Saville paints are beautiful, and I dare say she isn't worried about making them seem beautiful.  I think she's fascinated by flesh in whatever form it takes.  What I love about them (besides the pure artistry) is how authentic and real they look.  I even love their misery.
Annie Leibowitz is another female artist who has done great things about women.  She is a photography who has done so many different types of images of women!  Some are quite empowering; others are ridiculously absurd in their idealization of them.  She did a book of photos of women called Women.  Quite wonderful.
All the rest of the images are by her (except for Bold Woman which is one of mine). 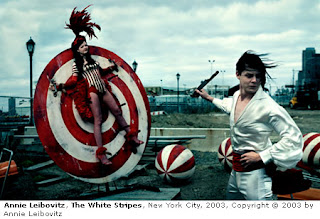 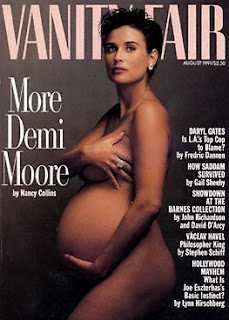 Cover for Vanity Fair, 1991
This cover and the accompanying photos were vital in my development as an artist.  It was the first time I'd ever seen a pregnant woman depicted as beautiful.  I'd only ever seen them as bulky, wearing tent dresses, etc.  My ex-husband seemed to share that view and took no discernible delight in my pregnant body.  This set of pictures help me re-frame my entire pregnancy experiences.  From that point on, I began to photograph my friends who became pregnant, and in 1999, I began drawing their images.  I don't think I'd be doing the work I'm doing today if it hadn't been for these pictures.Singer, 1999, Bold Woman
This picture is one of the first drawings I did of my pregant friend.  Definitely inspired by Annie Leibowitz! 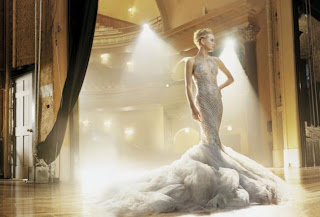 This is called 700, I believe.  It's one of those which is over-the-top glitzy, idealized - not something a real woman could even aspire to!  I don't think it helps women feel more empowered. 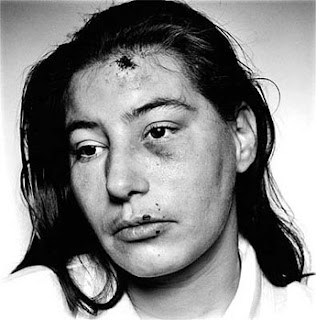 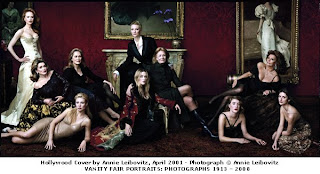 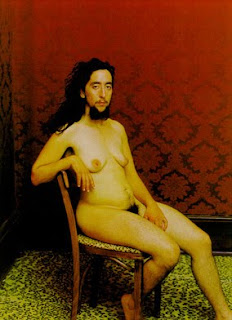 Transvestite (I couldn't find the date)
Women have come a long way from not being allowed to paint to now contributing to the art world every bit as much as men do.  I realize women still have difficulty getting shows and being taken as seriously as male painters, but I can't say I understand why.  Any thoughts?
Posted by Susan Singer at 12:00 PM

Susan Singer
When I stopped in Iceland on a layover in 2015, I arrived exhausted, needing a rest. While here, I fell in love with the most beautiful place I'd ever seen. When I left, I was exhilarated and went home to become a landscape painter so I could have scenes of Iceland around me all the time at home. This country is my muse.